You might know the answer, but do you know how to practice it?

For years, pitchers have grown up hearing they’ve got to get more break on their pitches, that you can never have enough jump on a ball. And while lots of movement isn’t a bad thing, it is harmful for pitchers to only think about the amount of movement instead of considering when the movement happens.

Most pitchers, in their obsessive quest to “get more break on the pitch” simply make the pitch break sooner – as in almost immediately out of their hand – causing the batter to easily determine where the pitch will, or won’t, end up. The less able a batter is at predicting where a pitch will end up, the less able they are to time it up and hit it squarely. 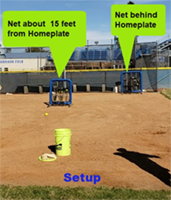 As a result, where the ball is at this 2/3rd-of-the-way-to-home-plate-point either helps the batter better predict where it will be when it crosses the plate…or it won’t. As you can imagine, the more predictable the pitch-path is at this 2/3 point, the easier it will be for the batter to hit it.

Our job as pitching coaches is to train our pitchers to have their pitches more AFTER they pass the decision zone (the 2/3rd’s point). As long as the pitch breaks after this point, it doesn’t have to break much for it to end up in a point other than where the batter created her swing to go. Make sense?

Since our mind works in pictures, it’s hard to imagine this 2/3 point, so I call it “the tunnel”.

To practice this concept, I place 2 nets in the bullpen; 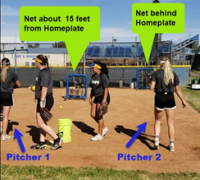 Have your pitchers start on the pitching rubber throwing to the closer net. They’ll throw their pitch (any type of pitch), hard, into the net. Then they’ll grab another ball and move over to the next rubber and throw that same pitch into the net at homeplate. The idea is to have focus more on where the pitch passes through the tunnel instead of simply trying to make the pitch a strike down at the plate.

By the way, this tunnel concept is the reason you’ll see great hitters in softball and baseball swing at pitches in the dirt or out of the strike zone. When they had to start their swing, that same pitch was in a sweet spot for that hitter as it passed through the tunnel…it just ended at a different spot. 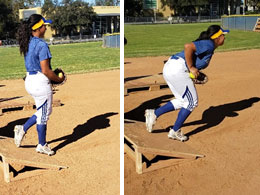 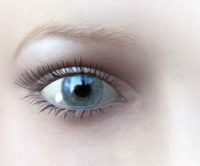 Hold on – before you think I’m suggesting that umpires are blind, or that pitchers should throw balls – read on and then decide. If your pitcher’s ever struggle with their balance, their feel or their confidence then I’ve got a... 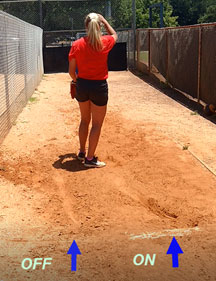 If your pitchers throw great in practice and struggle in games this off-on drill will help. The pitching rubber represents pressure to most pitchers – but not after using this simple drill. That little white strip of rubber can really wreak havoc... 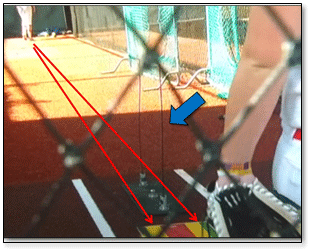 Florida pitcher Kelly Barnhill warms up using an “insect looking thing”. Are you missing out on using what the WCWS teams use? While you might not have all the players the teams in OKC do, you can certainly give your players...

If you focus on mechanics and are still frustrated that your players can’t perform simple skills in games, I‘ve got a solution for you. You might be surprised to learn that the answer lies with 6 blind guys and an elephant. I... 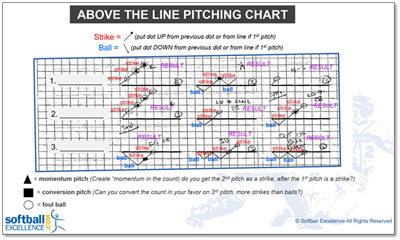 Now’s your chance to use the same pitching chart used by the national champion Oklahoma Sooners! While you might not have the pitchers that Oklahoma does, that doesn’t mean you can’t chart your pitchers the way they do. Download the chart... 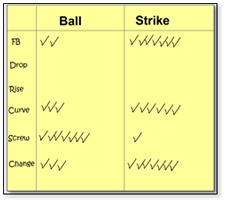 I know what my answer is but read on to see if we agree. I am now 100% on-board with the value of charting pitchers in practice – read on to discover how doing so will help your pitchers. I’ve always been...

Even mentioning that mechanics might have a downside is risky, but before you click off, hear me out. Mechanics aren't bad, they just use a part of the brain that creates tense, stiff effort. If you’re looking for more fluid... 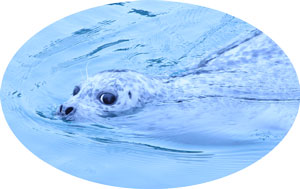 It turns out that whether you’re training a seal, a dog or a softball player the methods are pretty much the same. Discover 5 ways an animal trainer can help you reach your players better, and teach your dog some... 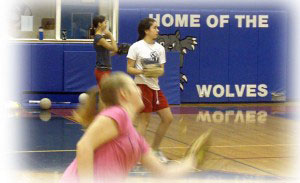 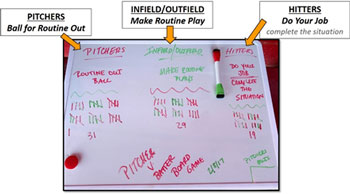 Do you struggle making practice more game-like? Could your players get more competitive in practice? If so, then check out a great way to count points that will make your practice scrimmages much more competitive. You’ll win a lot of games...