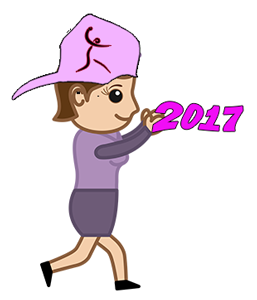 Did you make your New Year’s resolutions? Over 140 million Americans do so you’re not alone. If you’re one of them, discover my 3 Tips for Tackling this New Year!

New Year’s resolutions, while popular, fail horribly within the first 2 months. Find out 3 things you can do to ensure you start 2017 in a position to finish strong!

Here we are, 3 days into 2017 and already I’ll bet you’re slipping on those resolutions you made. If so, then welcome to a very large club! According to Statistic Brain, out of the over 140 million people in the US who make New Year’s resolutions, only 8% of people are successful in actually achieving them.

Personally, I’m not surprised. I’ve never been a fan myself so I don’t make them. They seem like a silly fad that people do because they feel pressured into doing so, instead of committing to a very select ambition or two that you’re extremely passionate about.

Achieving any goal takes effort, passion, diligence and commitment – none of which seem to me to exist simply because it’s “that time of year” or because it’s “what you do”.

But, I do realize that people love to have fresh starts, and the beginning of a brand new year is the perfect time to do so. With 2017 in it’s infancy, and a brand new softball season on the horizon, here are my 3 tips for tackling this new year. Instead of starting 2017 with a great set of goals, shoot for finishing this year with a couple of big things accomplished. So here’s to hoping your 2017 is fantastic!

Good luck and here’s to you having a wonderful 2017!