So You Want to Be GREAT

We all want to be great, and successful in what we do, or else why do it!

Read on to discover the lessons and advice from two of the most successful individuals in the fields of coaching and writing, that can help us all go from good to Great.

Both Sue Enquist and Dan Coyle know what it takes to be great. Sue learned it on her way to winning 11 softball national championships at UCLA, and Dan Coyle learned it by researching his book, The Talent Code, as he visited 9 different places around the world that constantly produce world-class talent. Read on to learn what they discovered that can help us all go from good to Great.

Anyone who knows Sue Enquist knows she has the energy of 1,000 people and the intensity of a blow torch. From listening to Sue over the years, here are Sue’s key points for helping inspire our players to greatness.

Sue identifies 3 things that all players want to know every day, every practice and every game, and that we as coaches must be able to tell them so they can relax and develop trust in our ability to lead:

INFECT THEM WITH BELIEF! Everyone is trainable – from goldfish and dogs to softball players, but the first thing we must do is get them to believe they’re trainable. In typical Sue Enquist fashion she doesn’t say “get them to believe”, rather she uses a much more dynamic word – INFECT. “Infect” means to contaminate or become affected, as in action! Contaminate your players with the belief that they CAN do whatever it is they’re trying to do, instead of telling them how horrible they are!

Dan Coyle author of the ground-breaking book, The Talent Code, spent 2 years visiting 9 different hotbeds of talent around the world to discover why they consistently produced extraordinary performers. Not just good performers but world-class, best in their field performers. For example, the Russian tennis club, Spartak, has produced more top-20 women’s tennis players than the entire US – and they only have one rundown indoor court. How can that happen?

Daniel Coyle found 3 common factors that all 9 of these amazing places had in common:

While I can’t recommend this book enough to you, here are the key points and a few special nuggets I came away with after having the opportunity to sit with Dan over dinner one time:

Prev
Just Say “NO” to Leaping

Just Say “NO” to Leaping

Do you have a pitcher who can’t help but leap every time she pitches the ball?

Next
Coaching in the Construction Zone

Coaching in the Construction Zone

Mistakes are part of life and everybody makes them, so isn’t it amazing how mad 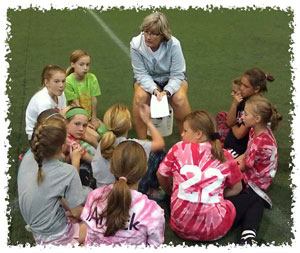 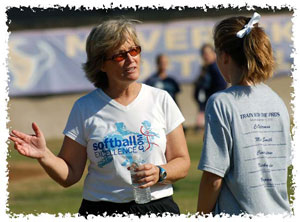 Simplify Your Way to Better Players