When Is Too Many Pitches Too Many? 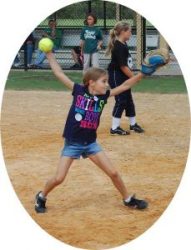 Pitchers have pitches as if they were badges of honor – as if the one with the most wins. That couldn’t be any farther from the truth.

Do your pitchers a huge favor and help them do more with their best and less with the rest.

Growing up, pitchers love to get more pitches, and parents love to brag about how many pitches their kid throws. And by “throw”, I really mean signals and grips because once most pitchers release all these different pitches 90% of them do the same thing.

The only reason pitchers have different pitches is to prevent a batter from being on time or prevent them from accurately predicting the flight of the pitch. So, when is too many, actually too many?

Let me ask that question a different way. What if I asked you, “tell me a situation when throwing your 5th best pitch would help you?” My response would be that you can’t. In most cases, pitchers have 1 particular pitch that’s their strongest. It’s their best pitch because it has the most control, they feel the best about and as a result, they throw it the best.

Their #2 pitch might be close behind, but chances are their 3rd and 4th pitches are miles behind #2. The gap isn’t usually little, it’s usually Grand Canyon-like. So, to ever rely on a 3rd and 4th pitch that are basically, unreliable isn’t a recipe for success.

Instead, let me open your mind to a different way of looking at pitches – one that keeps your pitcher throwing her strongest pitch much more often while still allowing for zone control.

If a batter is trying to “be on time”, then the best way to hurt batters is to destroy their timing. Translation – changeup! Before pitchers add a 3rd pitch they definitely should master their changeup. I know it’s not a blazingly sexy pitch. It doesn’t sound impressive warming up your changeup the way it does to pop a glove with your incredible speed, but batters eventually hit speed – far.

So, my take on how to help your pitcher be much more effective while throwing less types of pitches is this: 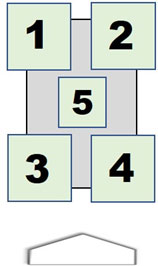 Instead of making pitching seem cooler by collecting different types of pitches, stay in your strength and collect wins by using your best pitch more often. Throw your best pitch to different locations and nail the control of your changeup. Pitching might be difficult, but that doesn’t mean we have to make it complicated.

If you need more help with your pitchers, check out:

Prev
Is Your Strategy Aggressive at the Right Time?

Is Your Strategy Aggressive at the Right Time?

Where do you fall on the strategy meter?

This tip provided by Michele Smith