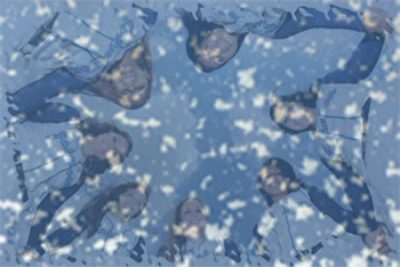 Whether your Holidays were spent in the snow or not, there are some powerful teamwork lessons that snow can teach all of us!

Snow is never about the single little snow flake – it’s a total lesson in the power of a TEAM!

Snow has a magical quality to me, probably because I grew up in Southern California and didn’t have to shovel it every winter. I spent some time over the holidays in the snow and watching the tiny flakes add up to so much white amazed me at its teamwork.

And while most of you wish the softball season would hurry up and get here, let’s all take a couple minutes to learn some valuable teamwork lessons that snow can teach us:

Softball Lesson – So my question to you is, are your players training to work together to become a softball storm, or focusing solely on themselves to remain a single softball flake? The power of a team sport like softball, is that you’re not a single isolated snow flake, on your own against the world. Instead, you have the power of a team behind you. You have the ability to combine with your teammates to bury the opposition, to cover for you if you’re having a bad day, and to sometimes even create a softball storm – a powerful display of team softball that dominates the day!

Softball Lesson – In addition to their fielding, hitting, pitching and catching skills – are you working on your team’s persistence? Are you creating practices that help your players keep going when things get tough, or when they’d rather stop, or when they don’t feel their efforts matter. Help them see the power of a combined effort that can equal 5 feet of individual snowflakes.

Softball Lesson – Is your team tougher together than they are individually? Is your team tough enough mentally, physically and softbally (I know it’s not really a word) to come together when the environment gets tough, or will they come apart and melt as soon as they hit the ground? Your players have the ability to come together and create a force that requires the other team to “brace themselves” in order to face you. Just as no single snow flake is the super flake, no single player is the super player. It’s a team of flakes that creates the toughness of snow just as it’s a team of players that can create the power of your softball team.

As you finish your holidays and prepare for another softball season, think about how you’re going to help your players work together to become a team. How can you bring all the individual snowflakes together to harness their collective power by fostering their Strength in Numbers, Persistence, Toughness & Fun!

10 Tips for Starting Your Softball Season

If you’re anxious to start your softball season off strong, then check out my

Next
A Long Machine Drill for Hitting the Changeup

A Long Machine Drill for Hitting the Changeup

It’s one thing to know a changeup is coming, but quite another to have the