3 Ways to Help Your Players Control Their Suck* 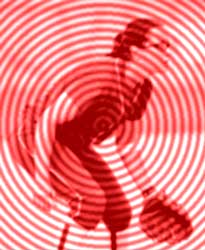 It’s tough to play when you know you suck, but players must learn to turn it around – and we can help them!

Recently I posted a tweet that got lots of attention: “Players, struggling is frustrating, but it’s also an important moment to learn. Lean into your struggle, instead of away from it. Control your suck instead of letting it control you!”

I’d just finished working with a pitcher who was having a rough day and was really struggling adjusting. Her biggest issue was that she couldn’t handle the fact that she basically sucked that day. She wasn’t trying to pitch bad, but she wasn’t really trying to fix it either. Instead, she was just getting mad about being bad.

If this sounds familiar, then I’ve got some advice that will come in handy the next time one of your players really struggles. Your players have got to control their suck instead of letting it control them.

Here are 3 steps to help your players do just that:

We can help players break this over-effort cycle by helping them identify what they want to do – about the action they want to take. Thoughts like hit the ball square, break the pitch into my catcher’s knee are both action-type thoughts that give the player a specific thing to do instead of the vague concept of trying harder.

Sara Bareilles says it perfectly in her song Brave when she says, “I wanna see you be brave”.

Being brave is very different from being afraid. To find out which one is bigger, ask you player a simple question, “which one feels bigger to you when you play – Your fear of making a mistake or your bravery for getting the result?” Players who are sucking will easily answer that their fear is much higher. Pitchers are often afraid of walking people and hitters are often afraid of striking out. Either way, playing when your fear is bigger than your brave is when you’re letting your suck control you.

So, to help turn it around we have to empower our brave. Think superheroes. These are usually very normal people (think Clark Kent) who have a power that is super – or, a superpower (think Superman).

To become brave, your players have to identify their super power. Is it their speed, their power, their concentration, their observational skills, their encouragement, their competitiveness, their riseball, their calmness, their confidence…what is their biggest skill or power that makes them a superhero? Superman’s was his incredible strength, and when he had it he changed into his superman uniform, complete with cape, and became incredibly brave. And yet, the rest of the time he was just like everybody else and dressed as Clark Kent.

Being brave gives you energy and helps you take action, while being afraid steals your energy and your skill and makes any action you take slow and weak.

When we see a player being brave we call it confidence. And confidence is the golden ticket for players. Knowing that you can do something keeps you internally calm, allows you to be aggressive with your skill by attacking things instead of avoiding them, and keeps everyone around you calm as well. Coaches are the confidence conduit. We convey our level of belief in our players every time we talk to them in terms of what they can do, how we remind them what they have done, or simply in our smile.

I’m reminded of one of my favorite quotes, by Boston College pitching coach Megan Brown – “All we need is the best you can bring today, we’ll find a way to win with that!”. This is one of the greatest things I’ve ever heard said to players because it totally calms them down by letting them know that however much of their skill (or superpowers) they have today it’s enough to help us win. This conveys incredible confidence in her and in you.

One last bravery tip is to have your players insert the word “can” in place of “must”. By switching “must” for “can” we change fear to belief. When the pitcher feels she “must” do something she gets tense and afraid. But when she reminds herself that she “can” do it” – she relaxes, breathes and feels her confidence and her brave!

It’s totally scary to play when your mind is a mess. Players usually wait to play good before they feel good about themselves, but it MUST work the other way around. They’ve got to have the courage to play fear-lessly. When they forget their fears and remember their skill, and what they need to do right now, they’ll start to control their suck and turn their play around.

(*I’ve got to put in this little disclaimer…While it’s not exactly language my Mom would be proud of me using, “suck” is how players describe themselves when they’re doing poorly. The old word was bad, the new word is suck – they’re describing the same thing.)

For more help making your pitchers mentally tough, check out:

Prev
The Pitching Chart the Champions Use

The Pitching Chart the Champions Use

A Brand-New Way to Take the Mystery Out of Pitching

Trying to understand softball pitching can be a maze of confusion