The Answer to ALL Your Hitting Questions

What would you give to be a fly-on-the-wall at the greatest gathering of hitting minds in the college game?

As you read this we’re in the middle of our 4th Annual Pitching Summit and 2nd Annual Hitting Summit. These Summits are intense gatherings of the best minds in college softball, spending 3 days immersed in the details it takes to get their players ready for the upcoming season.

And while these events are only open to college coaches – now you can be there too! We’ve just released the Hitting Summit Vault which contains every presentation, panel session and micro-topic held during the 2017 Hitting Summit. 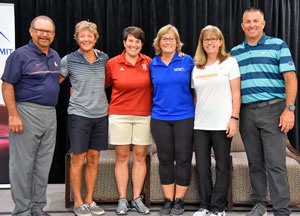 Just look at the list of speakers and you’ll see why the 2017 Hitting Summit was the best-of-the-best:

By becoming a Hitting Summit Vault member you’ll hear every tip they gave, every drill they explained, and you’ll learn how to help your hitters both mentally and physically

Want to super-size that and add the Pitching Summit as well, then check out our Combo Summit Vault!

My Favorite Movement Drill for Pitchers

Next
Great Pitching Drill for the Backdoor Curve