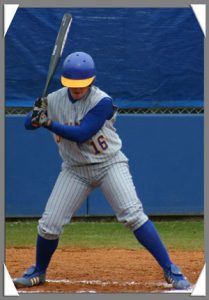 Hitting’s a difficult skill that’s as much mental as it is physical. If you’re looking for that “one thing” to help your hitters, this might be it.

Could your hitters stand to get better? If so, then check out one simple way that can happen.

We can complicate the heck out of hitting – making all kinds of mechanical changes, tinkering with this, adjusting that and willing to try everything under the sun. All in an effort to make our players hit better in games.

So, what if I told you about a very simple hitting concept, that can make all the difference in the world. And while the concept is very simple to understand, it’s by no means easy to do. But, it’s worth your effort because it will make a HUGE difference.

Here it is: Swing at Strikes and Don’t Swing at Balls.

Now, before you think I’m nuts for believing something so simple, hear me out. I have now heard this same advice from two outstanding hitting experts – Tim Walton, Head Softball Coach at the University of Florida and Yasiel Puig, outfielder for the Los Angeles Dodgers.

While swinging at strikes and not swinging at balls is a very simple concept, it takes diligent focus every day in order to create the discipline needed to carry it out! When hitters force pitchers to throw through the strike zone hitting becomes easier. If hitters lay off pitches outside the zone, the pressure shifts to the pitcher. They start pressing and making mistakes.

Pitchers want to throw as few strikes as they can to get hitters out. By laying off the balls and swinging at the strikes hitters force pitchers to put runners on base – which eventually leads to more runs and ultimately more wins!

For more help with your team’s hitting, check out the vast resources available to you as part of our Vault Classic – join either monthly or yearly – your choice!!

Championship Lessons from the Houston Astros

Next
Be an Adjustment Wizard

Be an Adjustment Wizard