3 Keys for Coaching “Kids These Days” 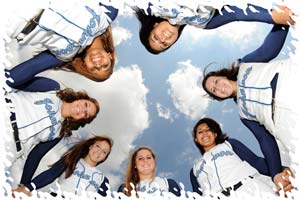 It’s tough to relate to players that live in a whole different world. Or is it? How to relate to your players in 3 easy steps.

December through February are popular months for coaching clinics and I’m fortunate to speak at a lot of them. One of the more popular topics I’ve been speaking on is how to coach the modern-day athlete. In other words, how to better understand the players growing up in a world that is totally different than the one most of us coaches grew up in.

Coaching any sport is a relating business. The more you can relate to, and connect with your players, the better coach you’ll be.

What makes it difficult to relate to players from an entirely different generation is that your perspectives are different; theirs are current and fresh and ever-changing, while ours are old and stale and in the past.

To help bridge that viewpoint-gap, here’s a quick look at 3 keys that will help you do a much better job of coaching kids these days – since those are the only kids you’ll ever be coaching:

Coaching any athlete takes effort, and a huge part of that effort is spent on trying to get them to listen, to be vulnerable and to try their best. Kids in any day are good kids! They want to do well and please the people they care about. Kids in any day have big hearts and kind souls so work harder to find those qualities within each of your players, and not so hard trying to keep the old days alive!

Need more help relating to your players? Then become a Vault Classic member. We’ve got a world of information, education and tools at your disposal! Join now!

On the change up, if you’re trying to help your pitchers motion look more

Next
The Best Things I Learned This Year

The Best Things I Learned This Year

I love learning, so I learn a LOT of new stuff every year