Be an Adjustment Wizard 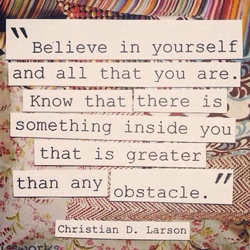 The wizarding world of Harry Potter has taught lots of kids the wonder of magic and the power of belief. See how Harry can help your players as well!

You might be surprised that a wizard and a wand hold a powerful message for our players.

Softball can be a tough game to play, especially when you aren’t sure how to stop what you’re doing wrong. But what if we took a different approach to mistakes. Instead of getting mad at our players, or simply telling them to stop doing that (whatever “that” is). What if we taught kids how to become Adjustment Wizards.

What if we showed them how to make the mistake bigger, and smaller and then just right? Seems silly doesn’t it? And yet, if I have to try and make one throw over the first baseman’s’ head really high, and the next throw try to throw it at her really low, and have my third throw make it right in the middle then I’m doing a couple of VERY important things:

It must be a lot like using a magic wand for the first time. We watched Harry and his friends turn things into frogs instead of chocolate, or make something vanish instead of fly. Learning how to use anything from a wand to your throw takes experimentation and adjustment.

If we can teach our players – at any level – how to make the right adjustment – then the next time they get the opportunity to do that very same skill, they’ll do it better.

Harry and his wizarding friends weren’t afraid of using their wands because they’d made some mistakes early on, they simply practiced more, making the right wrist flicks, or saying the right words – or whatever you do with wands.

Our players have the power to be Adjustment Wizards, but we have to make that seem magical – just like having a magic wand. And we have to help our players feel powerful over their mistakes instead of the mistakes taking control of them!

Remember that you’re coaching kids – no matter how old they are – so make things fun!

For more help with making things fun for your team, check out the vast resources available to you as part of our Vault Classic – join either monthly or yearly – your choice!!

Prev
Be a Better Hitter with One Simple Change

On the change up, if you’re trying to help your pitchers motion look more