10 Things I Learned from the 2008 Women's College World Series

Sharing with you the 10 key things that I learned from watching this year's Women's College World Series! PrintFriendly
byCindy Bristow
Total
0
Shares
0
0
0 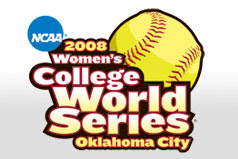 I was fortunate to have attended this year’s WCWS and help teach the World Series Game & Coaching Observation course for the NFCA. As a result of watching all the games I came away with a list of 10 key things I learned from this year’s WCWS. See how my list compares to yours:

To help your players continue improving check out our eDrills, and to help improve your coaching knowledge check out our 7 Level Coaching Certification Program.

Prev
Behind the Scenes of a TV Game

Ever dream about being in the Olympics - Who hasn't? But do you