Some great ideas and suggestions of how to watch the competition, who to look for, and how to make the most of the these games by learning from what you see these World Class Athletes, Coaches, and Teams do! PrintFriendly
byCindy Bristow
Total
0
Shares
0
0
0 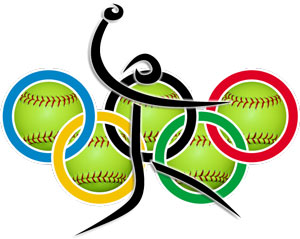 Quick, Can you name the 8 teams in this year’s Olympic Softball Competition? Most of us can name the USA, Japan, China, Australia and Canada but who are the other 3 teams? Here’s a look at each of the 8 teams, how well they’ve done in past Olympics and how they qualified for these Olympics:

The game schedule is a round-robin format where all 8 teams play each other, followed by the top 4 teams moving into the Medal Round. The Round-Robin schedule is as follows:

While you’re watching the Olympic Softball competition here are some things to pay close attention to so you can watch the Games within the Games:

To help keep track of all the game results, stats and overall schedule check out this link to Beijing 2008 Softball Schedule & Results

Prev
Softball Down Under

Think you know what softball looks like Down Under? Check out the sights

Next
The Power of Tradition - Great Lessons from Down Under

The Power of Tradition - Great Lessons from Down Under